Greetings, I am Leela Acharya and I have been an educator/activist for nearly 30 years.The past 15 have been spent in a role within the public education system, as a social science teacher and guidance counselor. I work using an anti-oppression framework to address intersecting issues of equity and well being across our communities through young people. I cherish learning constantly from the youth I work with, alongside parenting a teen daughter with my partner and caring for my own elderly parent. I am in my element when I am absorbed by the arts, culture, travel and food. I am thrilled to be part of this unique project as I continue living, dreaming, doing, reflecting, re-inventing and re-imagining from my Toronto home. 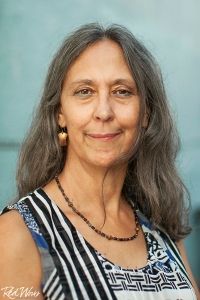 Joanne Arnott is a Métis/mixed-blood writer and arts activist from Manitoba who is at home on the west coast. Her first book ‘Wiles of Girlhood‘ won the Gerald Lampert Award in 1992, and she received the Vancouver Mayor’s Art Award for Literary Arts in 2017. She has published nine more books, including ‘Halfling Spring’ (Kegedonce 2013), ‘A Night for the Lady’ (Ronsdale 2013), ‘Mother Time’ (Ronsdale 2007), (as editor) ‘Salish Seas: an anthology of text + image’ (AWCWC 2011), and ‘Honouring The Strength of Indian Women: Plays, Stories and Poetry by Vera Manuel’ (forthcoming with U of Manitoba Press). Her essays and poetry has appeared in over fifty anthologies and journals. Joanne has been called to judge poetry and nonfiction on behalf of BC Book Prizes, the Governor General’s Awards, and others. A frequent performer, Joanne is a founding member of the Aboriginal Writers Collective West Coast, a past volunteer with The Writers Union of Canada (National Council) and The Writers’ Trust of Canada (Author’s Committee). Now she is adjunct professor at UBC Creative Writing, and Poetry Mentor for The Writers Studio at SFU. Grand multipara, mentor, editor, teacher and sometime blogger, Joanne is currently Poetry Editor for EVENT Magazine at Douglas College.

Dr. Chinmoy Banerjee taught English Literature at Simon Fraser University till his retirement in 2005. He is the President of Dr. Hari Sharma Foundation and the past-president of South Asian Network for Secularism and Democracy (SANSAD). He has been an activist in the South Asian community for more than four decades and is fortunate to be able to continue the struggle for authentic democracy, peace, social justice, inclusive secularism, universal human rights, and sustainable development. He is committed to facilitating the development of South Asian culture toward these goals.

Heidi Greco is a poet, novelist, editor, an arts activist, and an occasional instructor. Her poems, reviews, essays and fiction have appeared in books, anthologies and online. The winner of 2011 Ken Klonsky Award for her novella ‘Shrinking Violets’ (Quattro, Toronto 2011), her most recent title is ‘Practical Anxiety‘, a collection of poems published by Inanna Publications (Toronto 2018). In the spring of 2018, Heidi compiled and edited an anthology, ‘From the Heart of It All: Ten Years of Writing from Vancouver’s Downtown Eastside‘. Other titles include ‘Flightpaths: The Lost Journals of Amelia Earhart‘ (Caitlin Press, 2017), Rattlesnake Plantain (Anvil 2002), and Siren Tattoo: A Poetry Triptych (Anvil 1994). A longtime resident of Surrey, Heidi also volunteers in a program for incarcerated men at Surrey Pretrial Centre. She was instrumental in convincing the City Council to hire its first Poet Laureate, and looks forward to the announcement of another one. You can find more information on her website: heidigreco.ca.

Ranbir is a teacher who occasionally dabbles in creative writing and theatre. She has taught in Kwantlen Polytechnic University’s Department of Language and Cultures since 2006. She is also a PhD Candidate in the University of British Columbia’s Department of Asian Studies where she is researching women in Punjabi theater. Ranbir is a co-director of Rangmanch Punjabi Theatre.​ 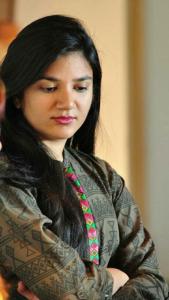 Sara Kazmi is pursuing a PhD in Criticism and Culture at the University of Cambridge. Her research focuses on progressive Punjabi poetry in India and Pakistan. She has been extensively involved with performing street theatre and protest music in Lahore, Pakistan, and in particular, is drawn to questions of gender, regional identity, and radical language politics.

Anne Murphy (Ph.D. Columbia) is Associate Professor in the Department of Asian Studies and co-Director of the Centre for India and South Asia Research at the University of British Columbia. She is also Interim Associate Dean, Graduate and Postdoctoral Studies, at UBC in 2018-9. She teaches and conducts research on the vernacular literary and religious traditions of the Punjab region (India & Pakistan). Current research pursues two interrelated lines of inquiry: modern Punjabi cultural production in the Indian and Pakistani Punjabs and in the Diaspora, and the early modern history of Punjabi’s emergence as a literary language. She has published one monograph, two edited volumes, and has published articles in History and Theory, Studies in Canadian Literature, South Asian History and Culture, the Journal of the American Academy of Religion, and other journals. She taught previously at the New School for Social Research, and is originally from New York City. 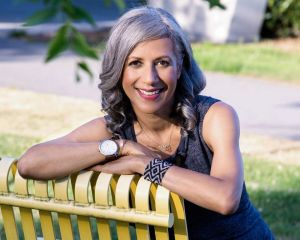 Renée Sarojini Saklikar recently completed her term as the first Poet Laureate for the City of Surrey, British Columbia. Her latest book is a B.C. bestseller: Listening to the Bees (Nightwood Editions, 2018). Renée’s first book, children of air india, (Nightwood Editions, 2013) won the 2014 Canadian Authors Association Award for poetry. Renée co-edited The Revolving City: 51 Poems and the Stories Behind Them (Anvil Press/SFU Public Square, 2015,) a City of Vancouver book award finalist. Renée’s chapbook, After the Battle of Kingsway, the bees, (above/ground press, 2016), was a finalist for the 2017 bpNichol award. Her poetry has been made into musical and visual installations, including the opera, air india [redacted]. Renée was called to the BC Bar as a Barrister and Solicitor, served as a director for youth employment programs in the BC public service, and now teaches law and ethics for Simon Fraser University in addition to teaching creative writing at both SFU and Vancouver Community College. She curates the popular poetry reading series, Lunch Poems at SFU and serves on the boards of Event magazine and The Capilano Review and is a director for the board of the Surrey International Writers Conference. Renée belongs to the League of Canadian Poets and The Writer’s Union of Canada (TWUC) and is active on the TWUC Equity Committee. She is currently working on an epic-length sci-fi poem, THOT-J-BAP, that appears in journals, anthologies and chapbooks.

A Punjabi born in Saudi Arabia to Pakistani parents, Dr. Summer Pervez grew up in multiple countries and was educated in American schools. She obtained her BA and MA from the University of Western Ontario and her PhD from the University of Ottawa. She has been teaching in universities since 2002 in both Canada and Pakistan, and is a specialist in South Asian Literatures and Film Studies with emphasis on South Asian diasporas. Along with teaching and researching, she is also a filmmaker, photographer, imagist poet, and activist for minority rights. After studying filmmaking at the Vancouver Film School in 2013, she made several short narrative films which have circulated in festivals worldwide. She recently moved back to Vancouver from Lahore, where she was an Associate Professor in the Department of Media Studies, Art & Design in the School of Business at the Lahore School of Economics (LSE). She is currently teaching, writing, literature, and film at University Canada West, and also working on some upcoming short and feature-length film projects.